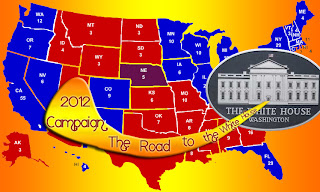 Lee’s Summit, May 15, 2011 – The 2012 Presidential campaign is getting underway and the list of candidates is beginning to take shape.  It is very early at this point to think about exactly who is going to win the Republican Nomination but it is not too early for all of us who truly care about who the next president will be to start doing our homework.

Throughout the next 17 months, leading up to the November 6, 2012 election, I will post various posts to help you gather information about the group of candidates.

The list of 2012 candidates can be found at http://2012.presidential-candidates.org/ and you’ll find introductions, profiles, issues, websites and head-to-head comparisons for Democrats, Independents, Libertarians, and Republicans.

On Saturday May 14th 2011 Governor Mike Huckabee announced that while “All the factors say [Go]” it was his “heart says [No]” so Huckabee is out of the potential pool of presidential candidates.

The list of those who have formally declared or formed exploratory committees are:

Herman Cain (R – Exploratory) – has a strong knowledge of business.  He started at Coca-Cola, moved on to Pillsburry where he quickly reached the level of Vice President before resigning and moving on to the Restaurant Industry at Burger King, where he engineered a great turn-around in a low performing segment of the hamburger giant.  Next he moved on to be CEO of Godfather’s Pizza, again masterminding a turnaround that took the company from the verge of bankruptcy to a growing and successful business.

Newt Gingrich (R – Declared) – The Former Speaker of the House of Representatives and was the architect of the 1994 Republican victory in the House.  He was accredited with the development and promotion of the “Contract with America” that made all national politics about local issues.

Gary Johnson (R – Declared) – He is the former Governor of New Mexico.  He has a strong business background starting a door-to-door handyman business to help pay his way through college.  He grew that company over 20 years to be the largest construction company in New Mexico with over 1,000 employees.

Fred Karger (I – Declared) – A political Consultant with a long track record of success getting others into office, now he’s trying to do the same for himself.  Karger was the first to officially announce for President on July 10, 2010.

Tom Miller (R – Declared) – A career as a Flight Attendant.  His website lists all his positions which can be summarized as “too much government” not enough “common sense” in Washington.

Additional Candidates with Exploratory committees include:

It will be important for all of us to get to know our candidates, make sure we understand their positions and are able to challenge them to turn this country around from the economic malaise that is chocking the American dream today.

President Obama faces an uphill battle for his re-election campaign: Unemployment is in double digits (all unemployed, not just those still collecting unemployment benefits), $4.00 a gallon gasoline, Runaway spending, a federal debt that exceeds $14 trillion dollars, and a Democratic party that is more and more dissatisfied with his leadership (the latest example is his decision to “drill-baby-drill”).

The pundits on Fox who said that if the only thing that we have to say negative about the new drilling initiative is that it is late then we have no solid argument: the fact is that you don’t thank someone for closing the barn door after the horse got out.

I am looking forward to the debates leading up to the primaries for the 2012 election season.  I think the candidates for office will have one thing in common: Smaller Government that spends less and promotes business growth.

Let’s get back to work America!  It starts with the run up to the election.