April Unemployment Rate and the Spin 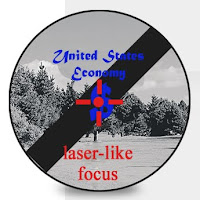 The reality is this, the people entering the job market can easily drive the numbers the wrong way. Each month the economy has to absorb the number of new job seekers, plus put back to work those who lost their jobs. If the economy cannot do that, then laud the effort but make sure you understand we are still in a bad economic period.

President Obama’s handling of the economy is abysmal. Spending is completely out of control, taxes are increasing regardless of the spin he is putting on it, and his laser-like focus on the economy must have traversed some strange prism because since his State of the Union Speech when he declared it here’s what’s happened:

Where is the laser-like focus on the economy? The continuation of this laser-like focus away from the economy and trying to spin bad news into good does not work. The fact is that the true unemployment rate is up over 17.1 percent and that’s up from 16.9. Why? Because more people entered and left jobs than found new jobs. Simple, no spin.

As we look forward to November 2, 2010’s mid term elections only one thing matters. The one thing is to truly obtain a laser like focus on the economy and reducing government burdens on small, mid and large businesses so that we can let the economy grow at a faster rate then the workforce.