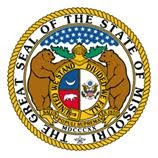 A number of people have contacted my office asking about Proposition C, the question on health care that will be on the ballot next Tuesday, August 3, in the upcoming primary election.

Next Tuesday, you will have the chance to register your opinion on President Obama’s recent health care mandate.  If passed, language will be placed into Missouri law that the citizens of Missouri cannot be forced to purchase health insurance under the threat of penalties and fines.   It also allows citizens to offer or accept direct payment for health care, again prohibiting penalties if they do so.   A “yes” vote is against the part of the federal health care plan that penalizes citizens for non-participation and forces them to purchase health insurance.

The proposed language does not prevent any one from participating in the federal health care system.

In short, if you are opposed to Obamacare, vote “yes” on August 3.  A number of people have asked me about my position.  I’m voting yes.  The massive federal health care bill, which is the target of Proposition C, is fiscally irresponsible and intrusive into our private health care decisions.  Its passage was forced with unconscionable backroom deals and highly questionable tactics, and I don’t believe that is right.

If you are in favor of the federal health care mandates, vote “no” on August 3.

Here is the actual language as it will appear on your ballot.  I encourage you to forward this information to your friends and family for their consideration on this important vote.