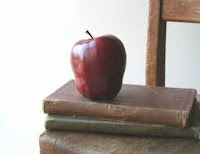 I feel that Will Kraus is the only candidate running for the Eighth District Senate seat that will truly represent the citizens and listen to our concerns.  Please keep reading and I will explain my opinion.

I taught elementary children for 34 years before retiring.  I love working with children, so I started working and volunteering part-time at my school.  Then a problem arose.  I discovered that the Public School Retirement System of Missouri had ruled that volunteering  at school–like reading a book aloud to a class–is considered “working in any capacity” for the school district and as such those volunteer hours must be subtracted from the 550 hours retired teachers are allowed to work without losing their retirement benefits.  I called and e-mailed PSRS and tried to reason with them that volunteering–meaning no pay–should not count, but they were adamant that retired teachers are not allowed to volunteer unlimited hours between the time they receive the first and last paycheck from the school district.

That is when I went to Jefferson City and explained my problem to Will Kraus.  He responded immediately, not with words, but with action.  Will agreed that keeping enthusiastic volunteers out of schools is illogical and not in the best interest of children.  He immediately contacted PSRS on my behalf and a compromise was reached.  Because of Will Kraus’ efforts, my needs as a constituent were met–and I feel that the educational system was improved.  Now, as long as retired teachers volunteer through an organization such as the PTA or Youth Friends, they have no limits placed on the number of hours they may volunteer.

Will Kraus will not only speak and listen to his constituents–he will also represent them.  He will be a senator of the people and a senator for education.