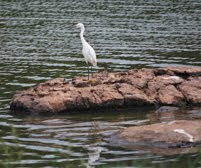 Lee’s Summit – September 12, 2010 – The commemoration of 9/11 always brings back the moment when we all watched and heard the World Trade Center had collapsed.  It seemed unbelievable.  It seemed impossible.  It seemed like our world would never be the same.

In the past 9 years the US has undergone a change that may not be for the better.  It appears from my point of view that common sense, common decency, and common courtesy have all taken a leave and been replaced by Political Correctness.  It no longer seems to make sense to stand up for what is right; instead our entire culture is forced to do what is PC.

An attention grabbing preacher in Florida talks about burning religious books, and no one calls him out on it.  No, we have to debate whether it is constitutional or not to challenge his “Religious Freedom” or his “Free Speech” rights.  We have to consider how the Muslim world will react to it.  We have to consider the danger our troops may be in, and how terrorists are going to react.  We skirt the issue by talking about all the Politically Correct topics, rather than address the man directly.

Sir, you are an attention grabbing individual who cares nothing for your country, your flock, Christianity or your fellow man.  Stop this idiocy, burning books is the wrong thing to do, simply because it is useless symbolism.

The same thing is true of the Mosque or Muslim Community Center being built only two blocks from Ground Zero.  I’ve written about Pelosi’s take on it, and how it truly makes no sense.  Now “the Donald” gets involved and finds out that “common sense” has a price.  The investors who purchased the site for some $5 million are willing to sell it for $20 million.

Wait, did you read what I just wrote?  This entire political nightmare, which truly should never have been elevated to the full national and international stage, comes down to a $15 million profit for the investor so that they will exercise common courtesy.  I guess in the new politically correct society we live in, talking about money is the wrong thing.  Remember the greed of Wall Street that outraged everyone?  Well the return on that investment pales in comparison to what these investors want for the site.

The reality is wrong is wrong no matter what.  Yes there are shades of gray between black and white, but sometimes it is so far one way that it is obviously wrong to do something you have a right to do.

The First Amendment gives me the right to free speech, which includes my ability to rant and rave and yell at people.  However it is wrong to do so, therefore typically I don’t.

In 2001 it was clear.  We were attacked by terrorists, and we went after them wherever they were hiding.  We told each other the truth of how we felt.  We shared the pain and the anger; but for a few brief moments “Political Correctness” went away and people related to each other and it all seemed to make sense.  Someone attacked the U.S. and the U.S. fought back and the struggle continues because it is not easy.  But when we shroud everything with the filter of “Political Correctness” we get into silly arguments that are outside the heart of the matter.  We worry about which words are acceptable, and what messages are reasonable, and what one group or another is going to think.  We forget to get to the core of the issue.  We neglect reason.  We begin to celebrate, as the Pizza Hut commercial does, the losses rather than the victories.

I’m truly saddened by this anniversary of 9/11; neither the people who were lost nor the people here who miss them so dearly, but for the slide towards oblivion we’re taking with our penchant towards “what others will think” rather than what makes common sense, is correct and has a modicum of consideration.

The United States of America is being convinced from within and from its leaders that it has a bad image.  We’re loosing our proper self image as a country.  We’re beginning to believe that we must go apologizing all over the world.  A weak America should be the goal of our enemies.  A broken down America should be what our detractors celebrate.  It should never be how we talk about ourselves.

Everyone has flaws, so don’t go there with your argument, the point is that when you put the US to an impartial scale, the balance tips towards the good being done, rather than the bad committed.

November 2nd is a way off, and truly only a blip in the radar of the future of this great country.  We must start talking truth to each other.  We must bring common sense to our actions and speech.  We must call a truth a truth, and a lie a lie.  We as the citizens of the United States of America must move forward with confidence, courage, consideration, and conviction.

Let our remembrance of 9/11 be different next year.  Let it be from a confident position where we know we make mistakes, but that in general we do good things, and then move forward to do so.  Let us put a halt to our slide down the Political Correctness slide.