That which is paid for by less borrowing, is not truly paid for. 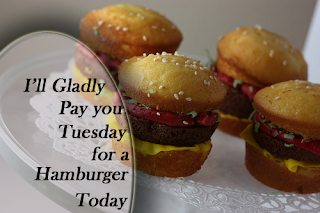 Lee’s Summit, August 6, 2010 – Sometimes you have to wonder if Washington’s political scene understands the mood in the rest of the country.

The tag line: “We have to save teachers jobs and to do so we have to give the states $26 billion dollars.”  Really?

Missouri used $900 million in federal aid to make the budget balance this year.  Governor Jay Nixon had to slash $300 million out of the state budget even though it used the federal money to make things work.  Obviously in 2011 that money from the feds won’t be there so we have to figure out once again how to cut expenses to meet the budget requirements.

Now the Feds are going to “give” the states 26 billion to pay for teachers, cops and may other public workers (oh, and some to Main to defray their cost of Medicaid, a requirement to get Olympia Snowe and Susan Collins to defect the Republican filibuster).

Why am I worried enough to write about this?  Well, it seems to me that when the feds say that the $26 billion is paid for, they keep thinking we believe it.  The supposed payment is to come from a rollback of food stamp aid that even the Huffington post says won’t happen.  But that’s not the point.

The Federal Government is running on borrowed money.  The Deficit spending continues to grow.  It has grown at an exponential rate and they keep trying to play the shell game.

Here’s an example of how much nonsense this “it’s paid for” is, and it has nothing to do with whether on not you can trust the congress to actually cut back the food stamps.

I buy everything on a credit card because all the money from my paycheck goes to pay my mortgage, my car payment, my utilities, my old credit card bills and my food.  Anything else that I want to get, I have to increase my debt because I have no cash.

I have budgeted to buy a cell phone next year, but I need to pay to fix my air conditioning this week.  The cost to fix the A/C is $500, and I had budgeted $300 for my phone next year.  Both of course are to be put on my credit card.  So I tell my wife that I’m going to pay for the A/C bill by not buying a phone next year.  So the A/C repair is “paid for” in the same sense as what the Feds are saying on this $26 Billion.

Is it truly paid for?  Or, am I doing a shell game with borrowed money.  I’ll borrow today, and pay for it by not borrowing as much next year?  Does that make any sense to you?

Conservatives must understand the reality of what’s being done in Washington and ensure that the people that represent us in Washington, Jefferson City, and Lee’s Summit city council don’t play these games.

The second point that I want to make is, that $2 Billion of the $26 are going to New York – a state notorious for running large deficits.  California, also in trouble for not managing its budget will get a large share of this money.

Why should we, the taxpayers and specifically of Missouri, reward states who don’t manage their budgets wisely?  Why should the Federal Government bail out California on the backs of Missouri taxpayers?  We have made the adjustments to our budget.  We have a tough road next year, but we swallowed a bitter pill this year.

In the end, it seems that the lesson here is that fiscally conservative states end up paying twice, once for the cuts they need to make to manage their budgets, and a second time to cover the states that have liberal spending habits, and take no fiscal responsibility.

To make the point clear, this is not about the worthiness of saving teacher’s jobs, this is about the deficit spending mentality of Washington and their habit of buying votes.  This time they purchased the votes of two Republicans, last year it was Democrats so they are an equal opportunity deficit spending congress.

Roy Blunt, will you stand up to that and bring Missouri’s fiscal conservative nature to the Senate if you win, or will you join the ranks of Olympia Snowe and Susan Collins?

Jacob Turk, if you get elected in November, will you stand up for the rights of those who manage their home budgets and make the difficult decisions every paycheck?

Will Kraus, if you win the State Senate seat for District 8, will you maintain the fiscal discipline and make the tough decisions?

Jeff Grisamore if you win the District 47 State Representative election, will you hold to the fiscal discipline that keeps Missouri out of financial trouble.

The same question goes to you, Gary Cross in District 48 and Rodney Williams District 46, you have tough challenges in your districts, will you prevail as fiscally responsible representatives of the people and keep Missouri a prosperous state, seeking companies who create jobs?

November 2nd is only a few weeks away.  Time will pass quickly and we are all going to have to stand up and vote again.  We as voters, whether republican, democrat, libertarian, conservative or liberal, must understand the primacy of creating jobs in this recession.  We as a state can chose to be average, or we can choose to minimize the impact of the recession by our votes, by the actions of our state congress, and by the people we elect to Washington.  We have the responsibility to vote from knowledge.