The Automotive Bailout: the good, the bad and the ugly. 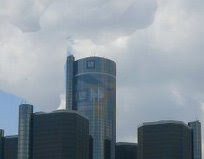 Let us start this opinion piece from the bottom up.

The Ugly:
The House of Representatives and the Senate are getting involved in the bailout and most involved are spending more time figuring out how to get the votes, how to get the money, and not enough time figuring out whether or not the bailout is the right thing to do. Senator McCaskill of Missouri, Senator Kit Bond from Missouri, Representative Emanuel Cleaver II of Kansas City Missouri; have you ever met a bailout you did not like in the end? Did you learn nothing from the Banking Bailout Fiasco? You wrote Secretary of the Treasury, Henry Paulsen a blank check and asked him to put the rules together as he could. The fact is, that he still has no clue what it will take to solve the problem. At this point I’m beginning to wonder if he has the right definition of the problem.

Just in case anyone forgot, the final blows that triggered the Financial Crisis was caused by Senator Christopher Dodd’s inability to rein in Fannie Mae and Freddie Mac. In addition, Representative Barney Frank continued to cover for Fannie Mae and Freddie Mac to make sure the “free lunch” crowd kept buying hoses they could not afford. Additionally, since the price of home was going up, and up, and up, people borrowed money on the inflated prices. Now that the bubble burst, I have a question; where is the effort to find the culprits? Why is it that Guantanamo has more time spent on it, than figuring out the cause of the Recession we’re in caused by the financial failure of Fannie and Freddie.

The Bad:
Do you remember the story of the goose that laid the golden egg? Do you remember what happened and the moral of the story? Well, let me tell it a bit differently.

There once was an industry that had survived all the other major industries of the Industrial revolution. Companies had fallen into bankruptcy and to international competition. The steel industry was devastate and reborn with mini mills and complete new business models that work in the 21st century. But some people have not paid attention. The Auto Workers Union is now making concessions, and has from time to time made concessions, but never have they stuck.

How do you make money? That is simple as well. You buy components, you assemble them and you pay for all the parts and the labor required making the product. You pay for the marketing of the product and all the development expenses. Then you sell the product and collect the money from the sales. Compare what you obtained from the sales, to what you paid for parts and labor, and in the end you either made money, or you lost money. It is very simple. If you pay more than you received you lost money. If you pay less than you received and you have money left over, you made money; easy.

So if it is so easy to know if you make money or lose money, then why can’t all management people in a company [union management and company management] see the books and know that if you choke the goose that lays the golden egg you are going to be far more poorer than you are today.

The eggs need to form properly over time in the goose before you get the full egg. If you kill the goose, all you get is the buds of eggs yet to be. Unions asked for the sky, and had the power of all the workers. In good times, the immediate pain of not producing cars was too great for management to stand so they gave in. Unions won. In bad times a good strike helped the company so they stood firm and the members had to give back some of their gains during the last upturn.

The proper thing to do, and to have done, is to ensure the future by doing their homework and ensuring the fairness to the worker upon whose back the automotive industry has been built. At the same time, the Union Management should fight to make sure the goose that lays the golden egg does not die. Union and Management have both failed miserably.

General Motors, Chrysler, and Ford Management teams [not just the CEO’s] are to blame for this, and don’t forget the unions. To this point, I don’t see GM nor Chrysler pulling out of this.

The Good:
I must tell you that I was not surprised at all when I read that Ford was not asking for bailout money. I think that Ford has been working very hard for the last five years to stock up on cash, change their business model. Ford Motor Company is using this crisis to do things that the unions a year ago would not have accepted. Ford Motor Company’s management team is taking to the board things that they would have spent months debating; now they’ll do it quickly.

Further, I think that a company that has the courage to plan and to execute difficult plans sets the message for the rest of the world. Ford Motor Company has seen the devil in the details and decided that on their own they will do better. Whether you call it a Car Czar, or whatever, the Government oversight person is going to do far more damage, and slow things too much to survive the recession and let us pray it does not turn into a depression.

Ford Motor Company; I take My hat off to you! And, if any of the big three ever deserved a hand up (not a handout) I would write you a check myself.

American Entrepreneurialism and shear guts are still there. Thank You!