The Games of Politics 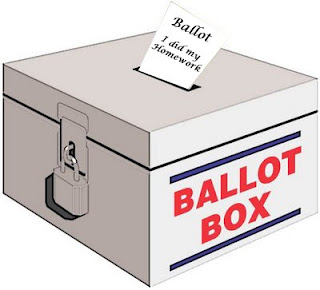 At first I dismissed it.  It goes along with their radio advertising against Will Kraus and for Brian Pratt.  I found it interesting.

Then I got a call from Brian Pratt’s organization, a recorded message about how he (Brian Pratt) was not going to cast aspersions at his opponents, but that their constant attacks on him had to be answered:  That made me laugh.

It appears that Brian Pratt fears Will Kraus enough that his supporters are mounting a campaign of misinformation about Will Kraus.

Will Kraus on illegal Immigration.  Please read this blog’s guest letter at http://leessummitconservative.blogspot.com/2010/05/guest-column-missouri-and-arizona.html

Will Kraus on Taxes.  Please read this blogs coverage of his efforts to reduce taxes
http://leessummitconservative.blogspot.com/2010/06/rep-will-kraus-files-protest-against.html

Will Kraus on Obama and Liberals.  Please read this blogs coverage on the Obamacare and Prop C:
http://leessummitconservative.blogspot.com/2010/07/from-mo-rep-will-kraus-propocition-c.html

The problem is that Will Kraus is not someone that the “establishment” can control and thus it is out to get him for standing up for true conservative beliefs.  Recently the Lee’s Summit Journal ran an article on “Kraus removed from Special Session committee” http://www.lsjournal.com/2010/06/29/52254/kraus-removed-from-special-session.html. It turns out that Will Kraus appears to be on the right side of many of the issues, but not always in line with the Republican Party.

The question we all face on Tuesday’s primary election is: Who will represent the 8th Senatorial District best?  Is it someone who talks about the mantra of the fiscal conservative who encourages business to grow, yet finds ways to vote yes on an unbalanced budget, and pushes for regulations on industries that are well controlled at the local level with zoning laws?  Or are we going to elect someone who truly stands up for his constituents and who supports actively against ObamaCare, who stands in the forefront of the illegal immigration issue, and who certainly understands that tax dollars are his constituent’s money and will invest it wisely?

The last time I spoke to Will Kraus we spoke of the Ford Claycomo plant.  The intense nature of his discussion, of the pro’s and con’s made it clear he had an open mind.  Yet the Republican Leadership who wanted a rubberstamp vote moved him aside.

What I care about is what their voting records are?

What do they stand for?

What will they do to bring jobs and encourage growth in the 8th District?

Will the Senator from the 8th District listen to the opinions of his constituents?

The dirtier the politics from Brian Pratt, or any of the others (which I’ve not personally received any calls from talking about their opponents) the more I have to wonder about how well Brian Pratt will represent the district.

To what extent will he go and how much will he be beholden to his supporters who pay for radio advertising, television advertising and the large electronic sign on I-470 as you enter Lee’s Summit?

Do your homework.  Understand the candidates, and vote on August 3rd.

I’ll see you at the polls.