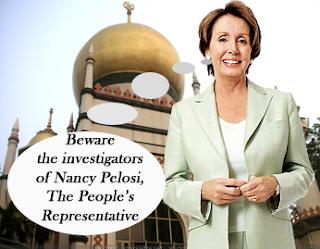 Lee’s Summit, August 20, 2010 – The mosque at ground zero is not protected under the first amendment to the constitution.

Text of the First Amendment:
Congress shall make no law respecting an establishment of religion, or prohibiting the free exercise thereof; or abridging the freedom of speech, or of the press; or the right of the people peaceably to assemble, and to petition the government for a redress of grievances.

It is very clear that the Federal Government is restricted from the establishment of a Federal Religion, or the passing of any laws prohibiting the exercise of any religion.

Proponents of the mosque in New York Cities World Trade Center area known as ground zero do not have any legal standing based on First Amendment rights.  There is no law that prohibits the religion of Islam in New York City, nor is there one in New York State, and it is clearly obvious that there is not law prohibiting the practice of any religion.

The key issue here is that of doing the right thing for the right reasons.  This is simply a zoning issue for New York City and it should have remained that way.  I personally think it is a bad idea, it is the wrong thing to do and it has the wrong reasons behind it.  The families of the innocent people who lost their life on September 11, 2001 have a right to express their dislike for this project.

Why is this something that I’m writing about here in Lee’s Summit?  The reason is that President Obama has injected the Federal Government into a zoning law issue that he truly had no business commenting on.  He has made this a national issue that even many Democrats and hard core liberals are running away from.  Harry Reid is against the Mosque.  Howard Dean is against the Mosque.  Others as well have expressed their dislike for the idea.  All, of course, except Nancy Pelosi.

Nancy Pelosi has decided that there must be a villain in this story, and she’s calling for an investigation of those who are against the Mosque, and their financing.  That is tantamount to a threat and aimed explicitly to intimidate people who are exercising their right to voice their opinion.

Nancy Pelosi is threatening to abridge the right to freedom of speech, not by law but by intimidation.  Is this what the Democratic party wants?  I don’t think so as evidenced by the leadership of the party moving away from her.

There is an old saying in countries where there are dictatorships.  The whisper it of course, but it says “Power corrupts, and absolute power corrupts absolutely” is that what we want from our elected officials?

It is time to send Representative Nancy Pelosi a message: “Madam Speaker, you represent the people, not persecute them.”