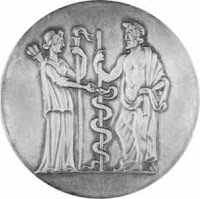 All over Kansas City, the heartland of America the people I talk to about the health care issue keep the same opinion they’ve had throughout the debate: Just Say No.

Chief fears (and I’m not talking about our Football team – that’s a whole other story for a different blog) among those I talk to:

1) What is the bill really going to have in it?
2) What kind of runaway costs are we going to have to deal with?
3) I don’t know who to believe anymore, do you?

These are real fears by people from managers and heads of companies, and for hourly people that I talk to at lunch daily.  I still believe that the true answer to the problems we face in healthcare boils down to three things:

A) The risk pools are limited by state – that needs to change to a national competitive pool.

B) The runaway lawsuits have to be brought under control: Tort Reform.

The first two will go a long way to lowering costs and making health insurance far more affordable to everyone.  And, by opening up interstate competition you reduce the chance that some greedy executive is going to boost prices and improve his profits: his competitors will take care of that.

Now the last one is more complicated.

C) Educate people as to the true meaning of INSURANCE

Here’s the best definition I came across for “Insurance”: A promise of compensation for specific potential future losses in exchange for a periodic payment. Insurance is designed to protect the financial well-being of an individual, company or other entity in the case of unexpected loss.

A friend of mine works for a health insurance call center.  She and a group of friends were talking the other night and she was very pleased with how her day went.  She had helped a woman who had called the hot line 3 times and was hung up on twice before.  Her complaint, when she got to my friend was: Why do I have to pay this $52.00 bill when I have insurance?

My friend in a last ditch effort asked the woman if she had car accident insurance.  The lady said yes.  She asked does it cover the replacement of your tires when they wear.  The lady said, of course not.  Then my friend asked if she had any accidents in her car.  The lady said yes and explained.  Then my friend asked what was your deductible?  The woman answered $1,000.00 because that way they keep their premiums down.  Then the woman asked; what did car insurance have to do with health insurance?  My friend said, you paid your deductible for the car, this is the deductible for your illness.

My sentiments are along those lines, every time I look at a hospital bill or doctor bill.  But the fact is, that all the other attempts at socialized medicine become the LOWEST COMMON DENOMINATOR and I don’t want to be treated that way; and truly no one does.

To the Democrats on Capitol Hill I say: pass the bill at your re-election peril

To the Republicans on Capitol Hill I say: learn from Bill Clinton’s Folly and President Obama’s political capital expenditure, socialized one payer healthcare is not the answer, the answer is the marketplace, control on jury awards, and opening up the risk pool to a national size.  If you try to propose your bill, the whole country will turn on you as they have on ObamaCare.