Freedom of Speech Takes a Blow 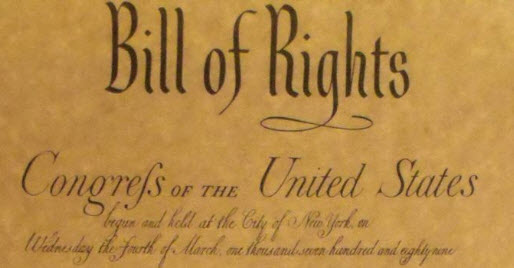 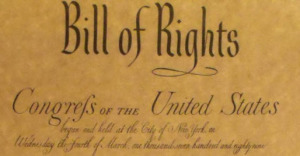 LEE’S SUMMIT, DECEMBER 17, 2014 – MSNBC announced today that Sony pulls ‘The Interview’ from theaters amid security concerns. Unstated is that Freedom of Speech takes a beating.

Defending the right to free speech is easy when all it takes is going to court. Fighting a University in court is important. Taking on the University of Hawaii about their Free Speech violations is a worthy action. The Campus Reform reported on December 12, 2014 that California College settles student lawsuit, and will comply with First Amendment.

Now let’s look at this a bit differently. Sony is a major corporation. They use major theater groups to distribute their movies. They fight hard to keep the rights to their movies. They have used the protection of the First Amendment to change the rules over what can and cannot be said in a movie.  Court battles have ensued about the right to say whatever is not inciting violence in a movie.

However, when it comes time to show moral conviction to protect the First Amendment from a vicious attack, we step back, and allow a terrorist to win the battle.

They broke into the servers at Sony. They obtained damaging information. They shared the information with the world – to send the “believe us” message. They showed internal conversations that were not as polite as we would like to think they should have been. They threatened to show more for Christmas.

They threatened violence from a keyboard. And then they made sure the world knew that it was not just Sony, but anyone who showed the movie. Now Freedom of Speech was not so important. It hit home. It took moral courage and a test of our conviction to Freedom of Speech – and we were found wanting.

Benjamin Franklin once said that if a man surrenders freedom for safety he soon has neither. How can it have been so clear to a man more than two hundred and forty years ago? Is it possible that they had moral certitude? Is it possible that they truly meant what they said and stood behind it? Can it possibly be that they truly had the courage of their convictions? After all, all they did was write a document, send it to the world to see, and then fought to make it happen – it cannot be we’re expected to do the same?

It truly is a sad day for Freedom today. We gave away one of our most precious rights included in the Bill of Rights – the First Amendment right to Free Speech.

Bill of Rights of the United States of America

We allowed a group of cyber hackers to tell us what we can and cannot say.

What else are we going to allow to be taken from us – without even as much as a whimper?