WikiLeaks and our Freedom of Speech 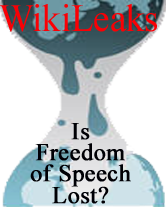