A Bad Day For Health Care All Over The United States 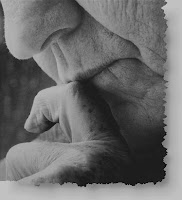 The root cause of the problem is ignored (as is typical in Government) and the wall paper is being applied.  The fundamental problems with health care have not been addressed by Chairman Max Baucus of the Senate Finance Committee.  Senator Baucus sent out a bill from committee with only liberal and liberal leaning support and Senator Olympia Snowe is certainly not what anyone in the Conservative side of the argument would consider a “principled conservative” senator.  At best she’s just a bit left of moderate center.

Health care’s fundamental problems are simple to state: Costs are too high.  No one can dispute that.  What is in dispute is: what are the root causes?  The root cause is a simple thin to define, yet hard to find, and sometimes counter productive to correct if taken in a political context.  The root cause of a problem is defined simply as: That cause the when removed, the effect goes away 100% of the time, and when reinserted the effect returns 100% of the time.  This is fundamental engineering thinking.
Let’s remove the political and the ideological arguments and look at this from a logical and a scientific point of view.  What are the contributors to the high costs?

1) Medical Malpractice Insurance is high and going up.
2) Liability Insurance Costs for the drug companies is going up.
3) Tax laws are taking a bigger bite of the corporate and medical industry.
(Expected to, at least, as Obama allows the tax cuts to go away)

If you take the time to review the cost drivers (and the many I did not chose to highlight) you find that the indirect costs are the largest drivers of cost increases (put in the Health insurance premium component of labor costs into the Indirect costs).

Simple mathematics tells us that if an insurance company has to cover their risk in a state by state basis, the pool is smaller than it could be.  Even the most populous states are not a match for a risk pool that can include the entire country.  So, if the insurance companies have to cover their costs in a small risk pull, then costs are going to be inflated simply by the numbers.

Again, if liability insurance and malpractice insurance has to cover unregulated jury awards and settlements (in fear of what a runaway jury could award) then costs are going to go up as a direct proportion of jury awards.  This hits us twice: First with the front line of Doctors who see patients day in and day out, and second with the drug companies.

Since I’m from Missouri (the Show Me State) I address this to Senators Bond and McCaskill and to Representative Emanuel Cleaver.  If you want to reduce the costs of health care, focus on the correction of root causes:

A) Tort Reform to control the rate at which liability and malpractice insurance goes up.
B) Increase the risk pool and generate more competition by opening up the risk pool.
C) Give Drug companies, Doctors and Hospitals as well as their support industries the tax reductions that will allow them to re-invest.

Any bill that has these three steps and not a “Government Solution” is likely to do more good for the Country than any other bill.

I call on all to continue to be involved.  To continue to think independently and to contact your Senators and your Congress man (State and National) and to let them know that you want a solution that removes the root problems, not puts wall paper over the rotted wood (of our current health care system).  Fix the problem!