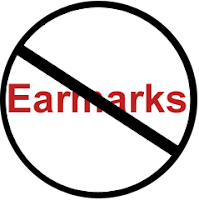 Missouri’s 5th Congressional District Representative Emanuel Cleaver posts the area’s earmarks.  The good news, he’s sticking to the transparency commitment and a giving heart.  The bad news, the country has a twelve trillion dollar debt and we’re hading out money.

Is this buying votes or doing his job?  A good question I think.  He is bringing federal dollars to the district, but it’s really being paid by a “you owe me” as opposed to an I owe you.  The money that is being sent to Washington is not enough to cover all the earmarks and other spending.

So, if you’re broke, why are we spending more money on things like:

There are many more in the list (http://www.house.gov/cleaver/pdf/earmarks.pdf) take a look at it for yourself. As this one question as you read it:

If I were broke, where I owe more than 5 full years of revenue (you and I would call it income), and I have a budget for this immediate year that is more than 1.5 years worth on income would I feel good about putting these earmarks in place?

You may say, “Well, everyone is doing it, and it’s a good thing Representative Cleaver is bring home our taxes.”  To that I’d ask you this question: Is it right to dig a deeper hole when we’re all ready bankrupt?

Lee’s Summit is tightening its belt and controlling expenses (April 6, 2010 we will vote for those who are the best at containing our expenditures, and investing wisely in our future).

The Missouri House or Representatives have voted on significant cost cutting measures for 2011 Budget:

If the MO House of Representatives can find a way to balance the budget, shouldn’t Emanuel Cleaver take a hint, cut costs, cut spending, and demand that the budget be reined in?  In my opinion to spend 1 penny that’s not in our coffers, is stealing from the tax payers.

We need fiscally conservative people in Lee’s Summit, in Missouri and in Washington.  Emanuel Cleaver spends too freely.  A good heart and a good intention has to be backed with a bank account.  Not with “I owe you’s” that are truly you owe me.  Congress and Emanuel Cleaver gets the credit, we get the bill.  That’s not what we need in Washington.