Vote No on Health Care (and the Card check system buried in it). 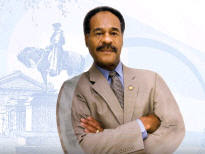 Missouri is a great state, Kansas City is a great city, and Lees Summit is a very progressive well planned and hard working community. I have lived here for the last 12 years and I cannot imagine living anywhere else in the country.

Healthcare is a serious issue. As a senior executive in a small business here in Kansas City I find that Healthcare affects all of us and our ability to generate a profit in hard times and in good times.

The problem with the healthcare system in the United States is not the insurance company that covers a regional pool defined by law. It is not greed in the part of the pool managers (underwriters and the actuaries who manage risk for the insurance companies) and honestly I do not believe it is uncontrolled greed either by the doctors or the drug companies. The laws of Supply and Demand and Pricing affect each of them and if the price goes too high no one buys (even if it means poor health).

The problem is the surrounding legal system that allows anyone to file a law suit and receive uncontrolled punitive damages to be fair to the one and unfair to the rest. The pool of risk for Doctors and their malpractice, drug companies and their own liabilities and for hospitals is out of control. It is this issue that is damaging the Health Care system of the United States.

A single payer system, as it is inevitable that it will become in a few short years. No one can compete with the US government and therefore the 1970’s experiment with Amtrak still has the least efficient, and least effective mass transit system in the world, while the deregulation of the Freight Hauling railways has found a nice bounce and now is a key part of our economy and the best in the world because entrepreneurs were left to figure out how to fix it.

If the US Congress wishes to fix the healthcare program, and it needs to have cost taken out of it, fix the runaway jury system that can award millions of dollar in punitive damages. Push for Tort reform. Do not vote yes on the healthcare bill. It will bankrupt our country and the USD $ 1,500,000,000,000 bill won’t be the end of it, nor will it avoid the predictable negative outcomes of a Government run healthcare system.

Vote No on Health Care (and the Cardcheck legislation buried in it).

How to reach your Congressman: https://writerep.house.gov/writerep/welcome.shtml